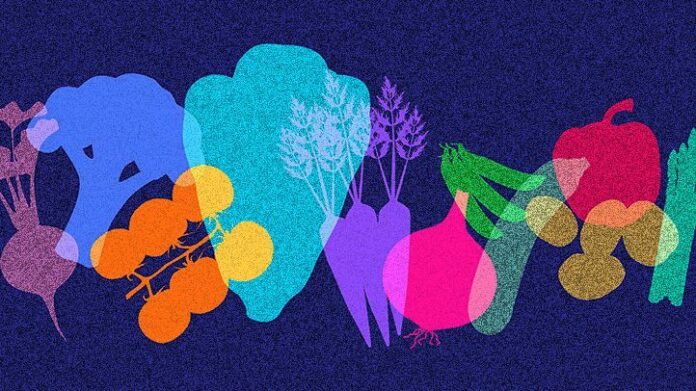 Put simply, it’s your immune system’s job to defend your body against illness and disease. The complex system is made up of cells in your skin, blood, bone marrow, tissues, and organs that — when working the way they should — protect your body against potentially harmful pathogens (like bacteria and viruses), and limit damage from noninfectious agents (like sunburn or cancer), according to the National Institutes of Health (NIH).

Think of the immune system as an orchestra. For the best performance, you want every instrument and every musician in the orchestra to perform at its best. You don’t necessarily want one musician performing on double speed or one instrument suddenly producing sound at twice the volume it usually does. You want every component of that orchestra to perform exactly according to plan.

1. Eat a Healthy Diet
The nutrients you get from food — in particular, plant-based foods like fruits, vegetables, herbs, and spices — are essential to keeping your immune system functioning properly, according to Yufang Lin, MD, an integrative medicine doctor at Cleveland Clinic in Ohio. “Many plant-based foods also have antiviral and antimicrobial properties, which help us fight off infection,” Dr. Lin says.

For example, research shows that spices like clove, oregano, thyme, cinnamon, and cumin contain antiviral and antimicrobial properties that prevent the growth of food-spoiling bacteria like Bacillus subtilis and Pseudomonas fluorescens, harmful fungi like Aspergillus flavus, and antibiotic-resistant microorganisms like Staphylococcus aureus, according to a review published in June 2017 in the International Journal of Molecular Sciences.

Furthermore, the zinc, folate, iron, selenium, copper, and vitamins A, C, E, B6, and B12 you get from the food you eat are the nutrients your immune system needs to do its job, according to the Academy of Nutrition and Dietetics. Each one plays a unique role in supporting immune function.

Research suggests, for example, that vitamin C deficiency may increase the likelihood of infection, according to a review published November 2017 in Nutrients. Our bodies do not produce this essential, water-soluble vitamin on their own, so we need to get it through foods (such as citrus fruits, kiwis, and several cruciferous vegetables). You can get 95 milligrams (mg), or 106 percent of the daily vitamin C you need by snacking on a half-cup of red pepper, according to the NIH.

Protein is also critical for immune health. The amino acids in protein help build and maintain immune cells, and skimping on this macronutrient may lower your body’s ability to fight infections. In one study published February 2013 in the Journal of Infectious Diseases, mice who ate a diet consisting of only 2 percent protein were more severely impacted by the flu than mice who ate a “normal protein” diet with 18 percent protein. But once researchers started feeding the first group a “normal protein” diet, the mice were able to get rid of the virus.

When it comes to a diet that supports good immune health, focus on incorporating more plants and plant-based foods. Add fruits and veggies to soups and stews, smoothies, and salads, or eat them as snacks, Lin says. Carrots, broccoli, spinach, red bell peppers, apricots, citrus fruits (such as oranges, grapefruit, tangerines), and strawberries are all great sources of vitamins A and C, while seeds and nuts will provide protein, vitamin E, and zinc, according to the Academy of Nutrition and Dietetics.

Additional sources of protein and zinc include seafood, lean meat, and poultry, according to the Academy of Nutrition and Dietetics.

2. Keep Stress Under Control
According to a review published in the October 2015 issue of Current Opinion in Psychology, long-term stress leads to chronically elevated levels of as the steroid hormone cortisol. The body relies on hormones like cortisol during short-term bouts of stress (when your body goes into “fight-or-flight” response); cortisol has a beneficial effect of actually preventing the immune system from responding before the stressful event is over (so your body can react to the immediate stressor). But when cortisol levels are constantly high, it essentially blocks the immune system from kicking into gear and doing its job to protect the body against potential threats from germs like viruses and bacteria.

3. Get Plenty of Good Quality Sleep
Your body heals and regenerates while you sleep, making adequate sleep critical for a healthy immune response, Lin says.

More specifically, sleep is a time when your body produces and distributes key immune cells like cytokines (a type of protein that can either fight or promote inflammation), T cells (a type of white blood cell that regulates immune response), and interleukin 12 (a pro-inflammatory cytokine), according to a review published in Pflugers Archiv European Journal of Physiology.

When you don’t get enough sleep, your immune system may not do these things as well, making it less able to defend your body against harmful invaders and making you more likely to get sick. One study published in the July–August 2017 issue of Behavioral Sleep Medicine found that compared with healthy young adults who did not have sleep problems, otherwise healthy young adults with insomnia were more susceptible to the flu even after getting vaccinated.

Sleep deprivation also elevates cortisol levels, which of course is also not good for immune function, Lin says. “Our immune system wears down as a result, and we tend to have [fewer] reserves to fight off or recover from illness.”

The National Sleep Foundation recommends all adults get at least seven hours of sleep per night to optimize health. To ensure you get quality sleep, prioritize good sleep hygiene: Turn off the electronics at least two to three hours before bed, and avoid violent or stressful books or conversations, Lin says.

4. Exercise Regularly (Outdoors, When Possible)
Regular exercise lowers your risk of developing chronic diseases (like obesity, type 2 diabetes, and heart disease), as well as viral and bacterial infections, according to a review in Frontiers in Immunology in April 2018.

Exercise also increases the release of endorphins (a group of hormones that reduce pain and create feelings of pleasure) making it a great way to manage stress. “Since stress negatively impacts our immune system, this is another way exercise can improve immune response,” Lin says.

And while there is some evidence that very long or intense exercise sessions may suppress the immune system, making you more susceptible to illness and infection in the hours immediately after your workout, the evidence on that question is contradictory, according to the same Frontiers in Immunology review. And there is a wealth of epidemiological evidence (studies that followed human behavior and outcomes) showing that people who are more active overall tend to have lower incidences of both acute illnesses (like infections) and chronic ones (like cancer and type 2 diabetes). Studies that have looked at how exercise affects the body on a cellular level suggest that bouts of physical activity may make your immune system more vigilant by distributing immune cells throughout your body to look for damaged or infected cells, according to that 2018 report.