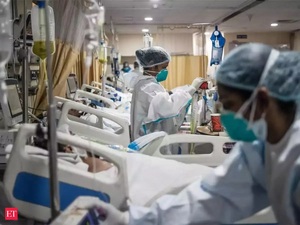 Contents hide
1 Background
2 Details
3 What causes white fungus?
4 How can white fungus be confirmed?
5 Why does COVID-19 patients are vulnerable to both black and white fungus?
6 What is the difference between symptoms of white fungus and black fungus?
7 Where does white fungus start to begin and how does it spread?
Background
While the nation is witnessing a gradual decrease in the COVID-19 cases, COVID-19 recovered patients are now panic stricken thanks to new reports of fungal infections. Yesterday, the Centre announced a few guidelines on early detection & prevention of mucormycosis or black fungus. A similar fungal infection is now being reported to have affected people, called White Fungus. This white fungus infection is all the more dangerous and alarming, experts state.

Details
According to reports by various news platforms, the nation is seeing a new infection raising its dangerous head. After black fungus or Mucormycosis, a new fungal infection called the white fungus s being reported to have affected the people in multiple states in the country.

While no official confirmation has been announced by the nation’s health ministry or AIIMS, report from Hindustan Times claims that 4 cases of white fungus have been reported in the state of Patna and Bihar. According to Dr. Arunesh Kumar, Pars Hospital’s senior consultant & head of respiratory medicine, the infection is far more dangerous than black fungus, as reported by Indian Express.

What causes white fungus?
According to Dr. Arunesh, the white fungus infection is a cause of concern for people with low immunity and those who come in contact with things that contain water moulds. Dr. Arunesh while talking to Indian Express also reiterated the importance of hygiene and said, “Sanitation is important”. He also said that the virus will have an effect on COVID-19 patients more as it directly affects the lungs and after the infection, similar symptoms to that of COVID-19 are evident. Dr. Arunesh also said that the fungus can not only affect lungs but body parts like nails, skin, kidney, brain, genitals, and mouth.

How can white fungus be confirmed?
While Dr. Arunesh in his interview said that patients suffering with white fungus may show symptoms similar to COVID-19 and end up testing negative. They can get themselves diagnosed through CT-Scan or X-Ray.

Why does COVID-19 patients are vulnerable to both black and white fungus?
According to Dr. Kumar, COVID-19 patients who have been taking steroids for a longer period of time are at more risk. Further, as their lungs have gotten weaker due to the attack by the virus, they may be on oxygen support which makes them more prone to white or black fungus. Experts are also of the opinion that people suffering from chronic illness, compromised immune system, comorbidities like diabetes, AIDS, kidney transplant are more prone to the white fungus.

What is the difference between symptoms of white fungus and black fungus?
Although both the black and white fungus originate from similar places and attack those who are most vulnerable after being dependent on a lot of steroids, there are significant differences between the symptoms of these infections.

Where does white fungus start to begin and how does it spread?
According to Kaushal Verma, an AIIMS based professor, the fungal infection starts to form on tongue which makes the tongue white. It can also sometimes start to form on the private parts and then starts spreading along organs such as lungs, food pipes, nasal cavities and brains.