Home Food Diet Chai Tea Benefits Are Worth Switching Up 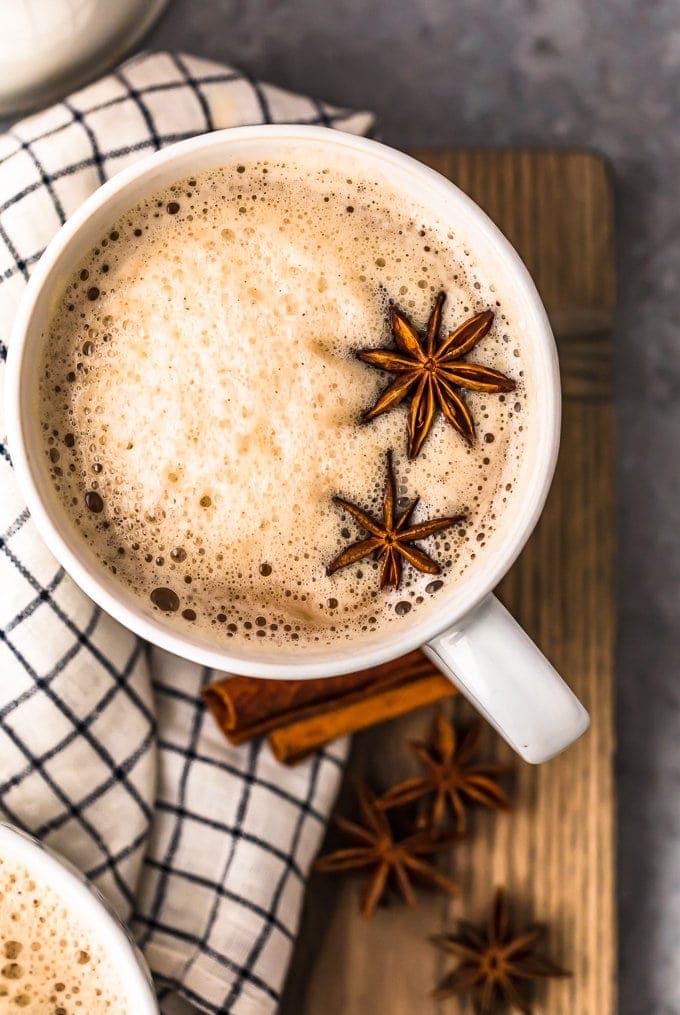 Want to spice up your morning routine? Brew yourself a cup of zesty chai tea. The delicious drink is packed with antioxidants and anti-inflammatory compounds, along with vitamins and minerals your coffee just can’t stack up against. Ahead, learn about chai tea benefits, along with an easy recipe for making chai tea from scratch.

What Is Chai Tea?

Chai tea is a spiced black tea with origins in India. Its exact ingredients can vary, but it’s often made with black tea, milk, sweetener (such as sugar or honey), and spices commonly including cardamom, ginger, cloves, and cinnamon. Some versions might also have black peppercorns, nutmeg, or fennel.

The name “chai tea” is a bit misleading, though, as the word “chai” means tea in Hindi, according to the Harvard T.H. Chan School of Public Health. In that case, “chai tea” translates literally to “tea tea,” and a more appropriate name would be “masala chai,” which translates to “spiced tea” in Hindi. However, in Western countries, the drink is commonly called “chai tea” or simply “chai,” according to the Harvard school. Therefore, for the purpose of this article, “chai tea” and “masala chai” will be used interchangeably.

Since masala chai can be made with a variety of ingredients, the nutrient content will differ from cup to cup. Generally speaking, though, the most commonly used ingredients pack quite the punch. For starters, black tea offers antioxidants, amino acids, and vitamins A, C, and K, according to the journal Biomedicine & Pharmacotherapy. (See: Shay Mitchell Says You’ll Love This Black Tea If You Have a Major Sweet Tooth)

Ginger has vitamin C and several B vitamins, while cardamom (which is part of the ginger family) has potassium, magnesium, and calcium. Clove and cinnamon also offer nutrients such as folate, calcium, and potassium — just to name a few. Plus, depending on the type of milk used, your chai tea drink may offer a boost of vitamin D and protein too.

For a general idea of chai tea nutrition, here’s the nutrient breakdown of one 8-ounce cup of hot chai tea (made with approximately equal parts milk and water), according to the United States Department of Agriculture (USDA):

120 calories
2 grams fat
4 grams protein
22 grams carbohydrates
146 milligrams calcium
17 milligrams magnesium
221 milligrams potassium
7 micrograms folate
BTW: If you’re looking to cut back on coffee without totally giving up caffeine, chai tea might be a good alternative. An 8-ounce cup of chai tea has about 22 milligrams of caffeine, which comes from the black tea, according to the USDA. That’s about one-fourth of the caffeine in the same size cup of coffee — 96 milligrams.