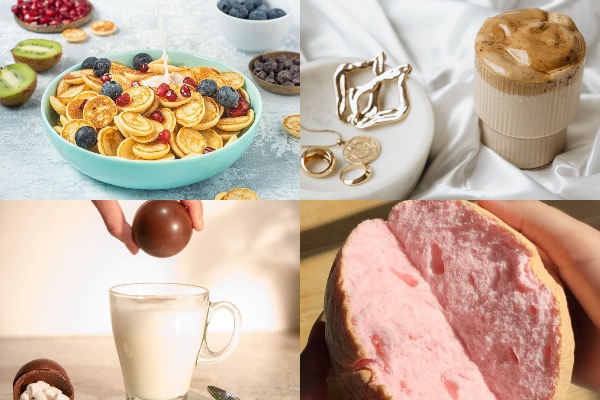 Covid-19 outbreak spawned some outwardly creations in the kitchen

Here’s a look back at some of the wackiest cooking trends that went viral during pandemic life.

Around this time last year, when the world was going under a lockdown, people cancelled vacations, said goodbye to offices and headed to their kitchens to find some peace of mind through cooking. Soon, social media was filled with images of what was brewing, being whipped and baked in the kitchen.

Stress-relieving became trying out tried-and-tested classics like banana bread and meatloaf in the quarantine with everyone turning to TikTok and YouTube to see what kind of other outwardly concoctions they could try their hands on.

While Dalgona coffee became the most-searched recipe in the world, people also searched for Sourdough bread and pizza. Naan made it to the Google’s global trends’ list at the 10th position.

Here’s a look back at some of the wackiest cooking trends that went viral during pandemic life.

Dalgona coffee
It’s actually whipped cream that got a fancier name thanks to the Korean tree named Dalgona to which it bears a startling similarity. The four-ingredient coffee had everyone moving to the kitchen to whip up their own version and flooding Instagram. The recipe is a simple one – 2 tbsp instant coffee, milk, 2 tbsp sugar and 2 tbsp hot water.

Hot chocolate bombs
Hot chocolate is a staple of winters. Savvy confectioners came out with their own version of the winter staple. Hot chocolate sphere filled with hot chocolate mix and oodles of marshmallows. One just has to pour steaming hot milk over the top to watch the chocolate melt and release the marshmallows into the milk.

Pancake cereal
No one could have ever imagined that pancakes could also be clubbed with another popular breakfast staple – the cereal. Pancake cereal sounds exactly like its name; you literally dunk mini pancakes with maple syrup and milk. The trend led to other combinations like macaron cereal, mini-muffin cereal, cinnamon roll French toast cereal, bite-size doughnut cereal and cookie cereal.

Cloud bread
Not being able to stir out of the house could have spawned the Cloud bread. The bread became really popular as people shared pictures of ripping apart the bread on Instagram to reveal a cotton candy-like texture with splashes of blue that appeared well, like clouds.