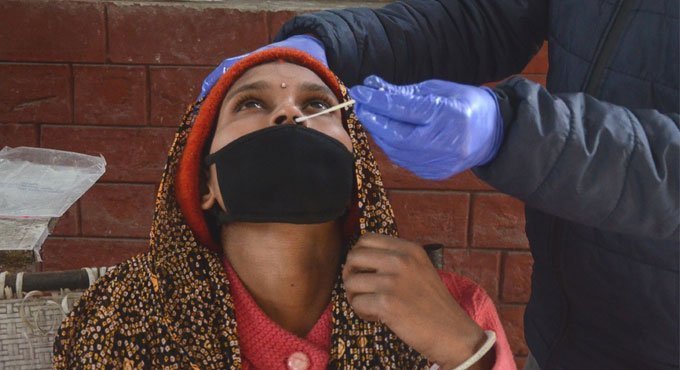 Hyderabad: The ongoing second wave of Covid infections in Telangana and other parts of the country is proving to be far more infectious than last year. In fact, based on the reports from healthcare workers in public and private hospitals in Hyderabad, the second wave appears to have higher infectivity and tends to impact all the members of a family.

During the ongoing second wave, the virus has been spreading wildly across State borders. The more the virus is allowed to spread, there are chances of more mutations or variations in the virus, which could create difficulties in the virus containment efforts, point out the public health officials.

As a result, health experts warn that the second wave should not be underestimated and the public must take all measures on their part to break the transmission chains. Last year, in a typical family of five members, if two or three members tested positive, then the remaining members of the family used to test negative. However, this time around, the entire family of five including individuals of all age groups are testing positive.

It has been also observed by the health experts that too many individuals between 17 years and 35 years, who don’t have any pre-existing medical conditions, were testing positive for Covid.

At present, persons falling between 0 years and 30 years form 35 per cent of the Covid infections in Telangana. While the recovery rate is close to 93 per cent, the fact also remains that mortality or fatality rate is less than 1 percent, which is quite a huge number, given the large number of positive infections during the second wave.

“The second wave definitely appears to be more infectious. This time around, more family members are testing positive. However, the bottomline is that we can easily avoid this situation, if we keep wearing masks, focus on physical distancing and hand sanitisation. Please avoid going to mass gatherings like religious places, marriages, public meetings and get togethers,” says Superintendent, Gandhi Hospital, Dr M Raja Rao.

Apart from being more infectious, there have been several mathematical models that have tried to forecast the number of Covid infections that States might have to tackle in the coming days.

According to a few models, based on the present rate of growth of daily Covid cases, by April 27, Telangana might have 5,800 to 6,000 Covid infections on a daily basis, which is likely to put a lot more pressure on hospital infrastructure in the public and private sector.

How to encourage people with Covid-19 vaccine hesitancy