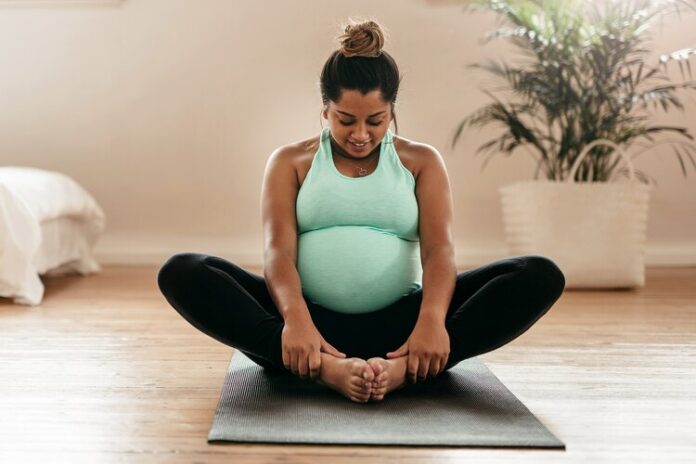 Exercise during pregnancy can mitigate the risk of children developing diabetes

A new study has found that exercise during pregnancy can save kids from developing serious health problems like diabetes and other metabolic diseases.

Several studies have linked a mother’s health with their child’s. It is believed that a mother’s genes have a lot to do with the health of her children. Sure, we can say that you inherit your height, colour, hair colour from your mother, but can you blame your parents for developing diabetes or some other metabolic disease? Turns out, some part of a child’s health is in the mother’s hands – how? In fact, exercising during pregnancy can also affect a child’s health. Also Read – Kidney failure: Aerobic exercise may help reduce dialysis-related symptoms

A new study has found that exercising during pregnancy may save kids from developing serious health problems like diabetes and other metabolic diseases. In the new study, exercise during pregnancy reduces the chances of the transmission of metabolic diseases from an obese parent – either mother or father – to child. Also Read – Poorly controlled diabetes puts children at high risk of Covid complications

Several studies have shown that the fetal origins of adult disease suggest that certain exposures during the fetus’ development during sensitive periods can elevate the risk of developing specific diseases. A study published in the Journal of Obstetrics and Gynecology found that low birth weight can lead to the development of adult diseases for type 2 diabetes, hypertension, and coronary heart disease. Also Read – These exercises will help you overcome the debilitating pain of fibromyalgia

But there is a possibility to mitigate the risk of these diseases in children if a woman exercising during pregnancy. A study conducted by the University of Virginia Health System found that most chronic diseases that are found in adults have a fetal origin. It has a lot to do with the parents’ poor health conditions prior to and during pregnancy which can have a negative impact on the child. The main reason could potentially be through chemical modification of the genes.

As per the study results, both mothers and fathers in the high-fat group could predispose their children to metabolic disorders. It was more prominent in male offspring of the sedentary mothers on high-fat diets were much more likely to develop diabetes and other metabolic problems as they age.

It was found that maternal exercise only during pregnancy can help prevent a host of “epigenetic” changes that affect the working of the genes of the offspring. They revealed that maternal exercise only during pregnancy can prevent the transmission of metabolic diseases from parent to child. So, pregnant women should consult their doctor and incorporate exercise in the daily regimen as it will benefit the pregnancy, labour and the health of the baby in the long run.

5 Minutes Arm Workout For Toning | How To Lose Arm Fat