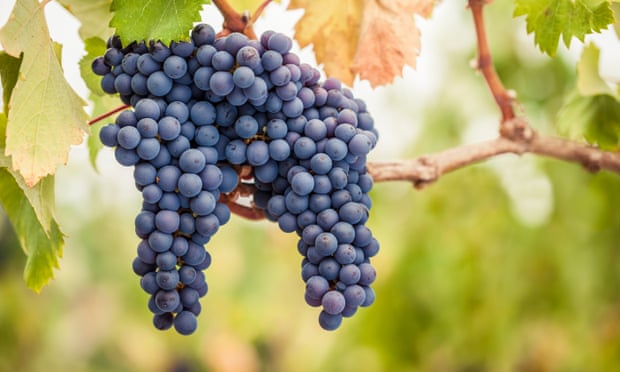 M&S Found País, Itata Valley, Chile 2019 (£9, Marks & Spencer) Marks & Spencer has always been the king of the own-label. I mean, it has to be, since that’s pretty much the company’s entire shtick. But the policy doesn’t necessarily entail staleness or corporate samey-ness – or at least, not always, and not in every part of the store.

Over the past couple of years the wine department, for example, has come up with two very different but complementary ranges that have made the retailer an exciting place to buy wine again if you don’t want to spend more than a tenner (it’s always been pretty good at prices just above that). Last year in these pages, I wrote about the consistently good set of wines sold under the Classics label, which featured familiar names such as claret, chianti, Argentine malbec and New Zealand sauvignon.

Earlier this year, these were joined by Found, a range designed to introduce M&S shoppers to more unusual grape varieties and regions, such as the vivacious fresh red made from the re-discovered país grape from Chile’s southern Itata Valley.

M&S Found Grenache Blanc, Western Cape, South Africa 2020 (£8, Marks & Spencer) Among the best value of the Found wines is a full and fleshy, rich and shimmering dry white, made from a grape variety much less well-known and widely planted than the red grape from which it mutated, grenache noir.

Historically, grenache blanc’s main role has been to provide an anonymous fattening element in the white blends of the Rhône Valley (such as Châteauneuf-du-Pape) and its imitators. But this hardy, sun-loving, wind- and drought-resistant variety of northern Spanish origin has been making waves on its own in some of the best white wines of Catalan France and Spain (where it’s known as garnacha blanca) – and South Africa, where the producer behind the Found bottle, Perderberg, has its dry-farmed bush vines.

No less deserving of a higher profile is the eponymous south-west French variety used in Found Gros Manseng, Côtes de Gascogne 2020 (£9). This Gascon speciality is brilliant at providing a combination of grapefruit tang and tropical fruit juiciness – both of which are in ample evidence in this bottling.

M&S Found Xinomavro & Mandilaria, Naoussa and Santorini, Greece 2019 (£9.50, Marks & Spencer) Marks & Spencer has always been a supporter of Greek wine, even as the country’s many fabulous creations have failed to make the commercial breakthrough that their quality and originality deserve.

Perhaps the inclusion of a red and a white from two of the country’s most reliably excellent producers in the Found range will help hurry this process along a bit: certainly, both are deliciously idiosyncratic wines, blended in each case from two indigenous varieties.

The white, Found Moscofilero & Roditis 2020 (£8.50) made by the Semeli winery from grapes sourced in the Peloponnese, is an aromatic charmer, all fragrant blossom floral scents, grapey juiciness and lemony raciness. The red, made from xinomavro grown in Naoussa in Northern Greece and mandilaria from the southern island of Santorini by star winemaker Apostolos Thymiopoulos, has red plummy fruit and spice with pleasing, beef or lamb-friendly tannic bite and cherry-ish acidity.