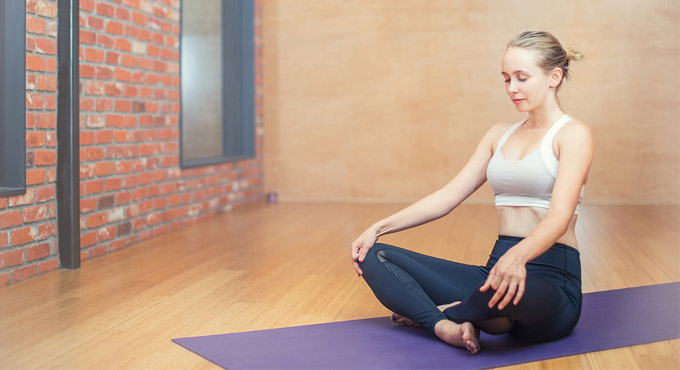 Hyderabad: Unprecedented work pressures and social isolation during the Covid-19 pandemic may worsen loneliness and sleep problems in health-care professionals but a recent study has shown that Heartfulness Meditation can help fight loneliness and improve sleep.

Dr. Jayaram Thimmapuram Academic Hospitalist, Internal Medicine, WellSpan York Hospital, York, USA said that it is one of the first attempts to assess loneliness and sleep problems among physicians and advance practice providers during Covid-19 pandemic in the US. He claimed that an improvement of sleep and loneliness was noted with the practice of Heartfulness meditation.

Heartfulness Meditation is a simple heart-based meditation system aimed at attaining a balanced state of mind. A prior study assessing the benefits of Heartfulness meditation practice on resident physicians, nurses and faculty physicians demonstrated improved burnout and emotional wellness along with increased telomere length in a younger subset of population. In patients with chronic insomnia, this practice was associated with favourable outcomes

Out of 1,535 eligible participants who were surveyed, 155 enrolled in the study. Participants were randomly assigned to intervention or control groups based on a prior study conducted for physicians and advance practice providers within the same organisation.

Further, as compared to a study conducted in 2018 using a 3-point loneliness questionnaire that showed a prevalence of loneliness in physicians at 43 per cent, the current study reported a higher prevalence among physicians at 47.8 per cent. Although it is difficult to ascribe any of the results to Covid-19 pandemic, increase in loneliness prevalence was notable.

Heartfulness intervention resulted in greater improvements in sleep quality and perception of loneliness when compared with the control group. The findings of this study are consistent with the conclusion of other studies reporting mindfulness-based stress reduction (MBSR) programs and other meditation practices for loneliness and sleep to have demonstrated favourable outcomes.

This study adds to the body of literature supporting the benefits of Heartfulness practice as reported by some of the previous studies utilising Heartfulness meditation where changes have been noted in heart rate variability, electroencephalography in adults, and improved emotional well-being in school age children.

Heartfulness is a Raja Yoga system of meditation, which is also known as ‘Sahaj Marg’, or the natural path. It originated at the turn of the 20th century and was formalised with the founding of the Shri Ram Chandra Mission in 1945 in India. With several million practitioners worldwide, Heartfulness meditation is a set of practices for self-development that help us find inner calm and stillness in our fast-paced world.