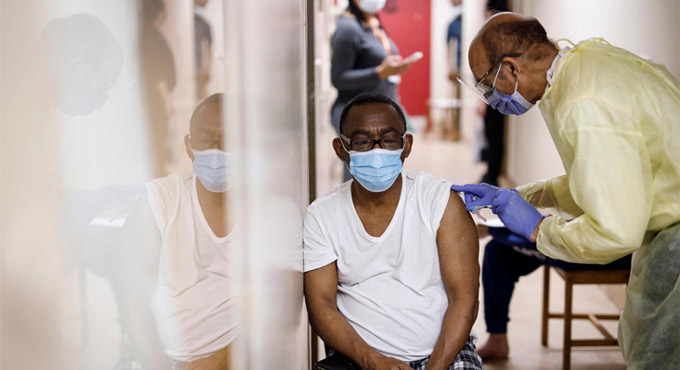 Doug Ford, premier of Canada’s most populous province of Ontario, announced on Tuesday that his government is considering additional restrictions to combat a surge in Covid-19 cases

Ottawa: Covid-19 activity has been steadily increasing for several weeks, with a rising number and proportion of more contagious variants driving epidemic growth in many areas in Canada, according to the Public Health Agency of Canada.

Doug Ford, premier of Canada’s most populous province of Ontario, announced on Tuesday that his government is considering additional restrictions to combat a surge in Covid-19 cases and urged people not to gather over the upcoming long weekend, the Xinhua news agency reported.

Ford said that he is extremely concerned about rising infections and stressed that residents must follow public health rules. “Don’t make plans for Easter.”

The province has seen rising Covid-19 rates for weeks, fuelled by the spread of more transmissible variants of the virus. Ontario reported 2,336 new cases of Covid-19 and 14 additional deaths on Tuesday.

Over the past week, there have been an average of over 4,600 new cases and 26 deaths reported daily, said Theresa Tam, Canadian chief public health officer, in a statement on Tuesday.

“The ongoing increase in infection rates is now playing out in our hospitals, with rising trends in severe and critical illnesses placing renewed strain on the health system,” Tam said.

Most concerning is the continued increase in the number and proportion of variants that spread more easily and increase the risk of severe illness outcomes.

“Over the past week, there has been a 64 per cent increase in new variant cases. To date, over 9,000 variant of concern cases have been reported across Canada,” Tam said.

“New variant case numbers represent the tip of the iceberg as there are thousands of more cases that have screened positive for problematic mutations,” Tam added in the statement.