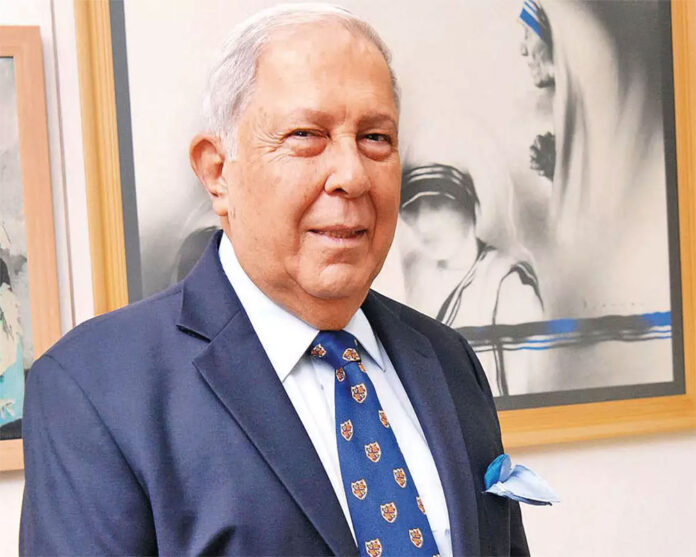 20 years ago, amid the AIDS epidemic, he fought the good fight, faced off with Big Pharma and won. HT Editor-in-Chief R Sukumar interviews the 84-year-old scientist, chemist and chairman of Cipla.

In her book, Bottle of Lies, Katherine Eban has a fascinating anecdote about Cipla and Hamied’s jump into fame (or notoriety).

“On Feb. 6, 2001, at around midnight, Hamied was at a dinner party in Mumbai when his cell phone rang. The caller was the New York Times reporter Donald McNeil. “Dr. Hamied, is it true you offered $1 a day (to Doctors Without Borders)?” McNeil asked him. Once Hamied confirmed this, McNeil laughed aloud: “Dr. Hamied, your life will not be the same from tomorrow”.”

Hamied, white-haired, smiling, sunny as the weather in the Spanish town by the Mediterranean, Marbella, where he lives part of the year, definitely doesn’t look like a pirate, as a Glaxo executive once referred to him. “It was a very irresponsible statement,” Hamied laughs.

“I told the (then) chairman of Glaxo, Richard Sykes, ‘Take me to court. If I’m a pirate, prosecute me.’” The availability of inexpensive AIDS drugs is held at least partly responsible for many countries around the world (including India and several in Africa) getting an upper hand in their fight against the disease.

We are talking about Hamied and Cipla’s good fight because of Covid-19, and because India (and South Africa, the main beneficiary of Hamied’s 2001 move) championed a failed move at the World Trade Organization to waive Covid-19 vaccine patents.

Hamied, a scientist and a chemist (he famously still uses his chemistry notebooks from his days at Cambridge) believes the comparison isn’t apt: “All drugs required for HIV-AIDS were synthetic drugs, and in the synthesis of drugs, India, even at that time, was quite proficient. But vaccines are a different ballgame.

You can pick up a patent of a vaccine manufacturer, and you still won’t be able to produce it. It’s like biotech. Humira, the world’s top-selling biotech drug (used to treat various kinds of arthritis), is surrounded by 247 patents. I free the patents, but what are you going to do with that?”

It makes sense when it comes to what are called small molecules, basically chemical compounds, usually ingested in the form of tablets. They are Cipla’s speciality. And there, in the context of Covid-19, there is hope, Hamied says.

“Merck has produced a drug called Molnupiravir; a 200mg capsule of it, they say, is the last word for Covid-19.” Indeed, early tests have been promising enough for people to call it Covid’s own Tamiflu (the Roche drug for influenza and bird flu).

According to Hamied, “(Merck has) come to India and given all of us (generics companies) an open licence to produce the drug, which we are planning to do. We have already made 30 kilos in the lab, and we will try to get approval in India. It’s that easy to do.” But a vaccine, he points out, is very different from a small molecule.