Home Fitness Too much high-intensity training may harm, cause blood sugar dysfunction 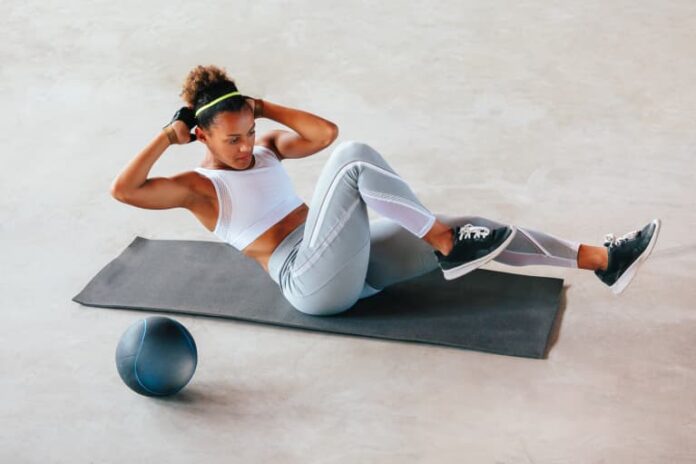 Too much high-intensity training may harm your mitochondria, cause blood sugar dysfunction.

Usually three HIIT sessions are recommended in a single week. But being sedentary for the rest four days may undermine the potential effects of the HIIT workouts. Researchers suggest the right way to do High-intensity interval training exercise and gain the maximum benefits.

High-intensity interval training, also known as HIIT, are thought to be more effective and efficient for weight loss than traditional cardio and strength training. Studies suggest that HIIT workouts can help your body to burn calories hours after you have finished exercising. But too much high-intensity interval training is not good for your health. According to a new study, excessive HIIT may harm your mitochondria, the power generators of our cells, and disrupt your blood-sugar control. The study, published recently in the journal Cell Metabolism, was conducted by researchers at the Swedish School of Sport and Health Sciences and the Karolinska Institute, both in Stockholm.

Also known as high-intensity intermittent exercise (HIIE) or sprint interval training (SIT), HIIT is a form of exercise that alternates between short periods of intense anaerobic activity with less intense recovery periods. There is no fixed HIIT session duration, but such workout typically last under 30 minutes, depending on a participant’s current fitness level. The intensity of HIIT may also vary depending on the duration of the workout session.

What Happens To Your Body When You Do Too Much HIIT Workout?
Some previous studies have shown that intense bursts of exercise increase the number of mitochondria in the muscle cells, which help promote better cellular and metabolic health. However, there are also a few researches that indicates the unexpected downsides of HIIT. Usually three HIIT sessions are recommended in a single week. But one study found that working out intensely for three days and being sedentary for four days each week did not improve the blood pressure or body fat as much as exercising moderately five times a week. Should you do more HIIT sessions in a single week? No, doing HIIT workouts harder or more in a week may harm your health.
In the Swedish study, the researchers recruited 11 healthy men and women who joined an ambitious exercise program. They volunteers were not competitive athletes. In the first week, they performed two sessions of HIIT, where pedalled as hard as they could repeating four-minute-long intervals five times on a stationary bicycle, taking three minutes of rest in between. In week two, a third HIIT session was added and increased the length of their intervals to eight minutes. In week three, they were made to do five HIIT sessions, with a mix of four-minute and eight-minute spurts of all-out pedalling. In week four, the amount and intensity of their exercise was reduced to a half. Here are the changes the researchers observed week over week –

Week two: The volunteers were pedaling harder and getting fitter. Their daily blood-sugar control improved and total mitochondria in their muscle cells increased, with each mitochondrion producing greater amounts of energy than before.

Week three: The riders’ ability to generate power while cycling flattened, the number of mitochondria in their muscle cells dropped, with each now producing about 40 percent less energy as compared to the previous week. Their blood-sugar control also started fluctuating, with alternating spikes and dips throughout the day.

Week four: When the volunteers reduced the intensity of their exercise, their mitochondria started to bounce back and their blood-sugar levels stabilized, but not to the same extent as in week two. However, they were able to pedal, with the same or even greater vigour as before.

The Right Way To Do High-Intensity Interval Training
The finding of this study suggests that excessive HIIT exercise is not good for your health. This also indicate that the benefits of extremely vigorous exercise may depend on just how much you do – the researchers noted.

Those interested in high-intensity interval training should start small, said Mikael Flockhart, a doctoral student at the Swedish School of Sport and Health Sciences, and one of the researchers. He suggests doing HIIT exercises a few times a week and take a walk or doing less-intensity workout on the remaining days.

My Fitness Journey – How I Transformed