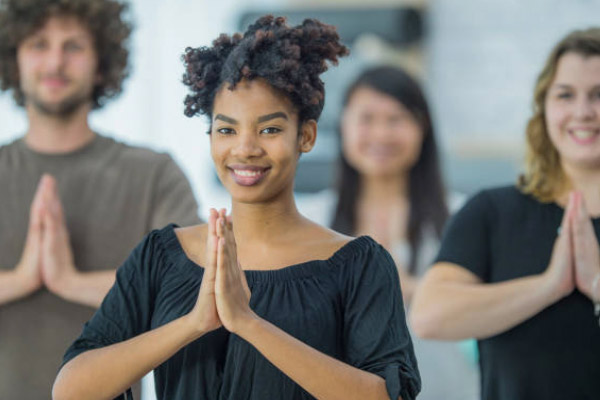 No matter what happened (or when), experiencing trauma can have lasting effects that interfere with your daily life. And while healing can help ease lingering symptoms (typically the result of post-traumatic stress disorder) the remedy is not one-size-fits-all.

Some trauma survivors might find success with cognitive behavioral therapy, whereas others might find somatic experiencing — a special type of trauma therapy that focuses on the body — more helpful, according to Elizabeth Cohen, Ph.D., a clinical psychologist in New York City.

One way survivors can engage in somatic experiencing is through trauma-informed yoga. (Other examples include meditation and tai chi.) The practice is based on the idea that people hold trauma in their bodies, says Cohen. “So when something traumatic or challenging happens, we have a biological tendency to go into fight or flight,”

she explains. This is when your body is flooded with hormones in response to a perceived threat. When the danger is gone, your nervous system should gradually revert back to its calmer state.

“Even after the threat is gone, trauma survivors are often stuck in a stress-based fear response,” says Melissa Renzi, M.S.W, L.S.W., a licensed social worker and certified yoga instructor who trained with Yoga to Transform Trauma. This means that even though the threat is no longer present, the person’s body is still responding to the danger.

And that’s where trauma-sensitive yoga comes in, as “it helps move that basically unmetabolized trauma energy through your nervous system,” says Cohen.

What Is Trauma-Informed Yoga?

There are two different approaches to trauma-based yoga: trauma-sensitive yoga and trauma-informed yoga. And while the terms sound pretty similar — and are often used interchangeably — there are important distinctions between them based on the instructors’ training.

Oftentimes, trauma-sensitive yoga refers to a specific program known as Trauma Center Trauma-Sensitive Yoga (TCTSY) developed at the Trauma Center in Brookline, Massachusetts — which is part of the greater Center for Trauma and Embodiment at the Justice Resource Institute.

This technique is a “clinical intervention for complex trauma or chronic, treatment-resistant post-traumatic stress disorder (PTSD),” according to the Center’s website.

However, not all trauma-sensitive yoga classes, draw upon the TCTSY methodology. So, generally, trauma-sensitive yoga is specifically for someone who has experienced trauma, be it in the form of a traumatic loss or assault, childhood abuse, or daily trauma, such as that inflicted by systematic oppression, explains Renzi. (Related: How Racism Affects Your Mental Health)

Trauma-informed yoga, on the other hand, “assumes that everyone has experienced some level of trauma or significant life stress,” says Renzi. “There’s an element of unknown here. Thus, the approach rests on a set of principles that supports a sense of safety, support, and inclusivity for all who walk through the door.”

5 Exercises You Can Do to Sculpt Super